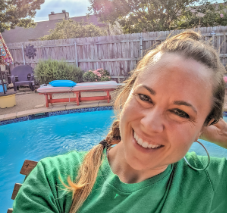 Book Your 1:1 Call With Nichole and Let's Flip the Switch in Your Business & Life

After working with me, it became clear why she was manifesting what she didn’t want and she learned exactly what needed to shift for her to be able to manifest her soulmate relationship.

Kyle found himself and his confidence and then got the strength to do what was right for him and his family and walk away.

Kyle came to me a little over a year ago when he wanted to change his toxic relationship.
He wanted support through figuring out if he should stay and make it work or if he should leave.
Was there a way to turn this around?

Over the course of 6 months, we worked on his confidence…
Healing old wounds…
Breaking old relationship patterns…
Changing old beliefs…

He got better, but the relationship got worse…
He kept hoping for the potential in the relationship.
She gave him reason after reason not to trust her until finally, he had the strength and confidence to walk away.

It was as if he just flipped the switch and he was done.
No more doubt.
No more regret.
Just an inner knowingness.

Andy Bevan...Overweight, single and depressed to getting a six pack, promoted at work and engaged to be married

Andy had given up on everything outside of his career.

He was overweight...spending most nights in the bar drinking, smoking and of course, eating the worst foods you can imagine for you.

He was desperately looking for some way to suppress the feelings of depression and loneliness he felt after his girlfriend left.

The worst part was, he knew this was not who he was. He was confident, driven and relentless at work, but this no longer carried over in his personal life.

After his break up, he felt self doubt that was carrying over into all areas of his life and he knew that it was at the point where it was even holding him back at work - the one thing that he had going for him.

His confidence was so low, that it was hard for him to imagine a better life and his self-worth was so low that he didn’t see much of a point.

He believed that no one would EVER want to be with him - which perpetuated the situation.

He decided his biggest problem was his weight and so that’s where he wanted to start. And of course, we both knew that to do that, it was going to be more about the mindset and self-worth issues than the diet and exercise.

Because of our work together he gained more confidence and self-worth. He felt like he could accomplish more things with his life. He got a promotion at work and even started leading bicycle tours around Austin.

And not only that...

He found the woman of his dreams and asked her to marry him.

I wasn't even planning on working on my relationship. My relationship with my husband was like spaghetti and I thought I would just eat it and it would be gone.

My marriage has transformed. It came to this beautiful place. I'm unstoppable at this point.

If I could tell you in one sentence what she has done for me, she has introduced me to my soul. She has helped me connect with my soul.

Annikken​ came to me feeling stuck

Annikken​ came to me feeling stuck and frustrated in her relationship and she wanted to know the answer to some of her pressing questions:

​Should I leave my relationship or try to save it?​

Is it possible to bring back the passion in your relationship?​ 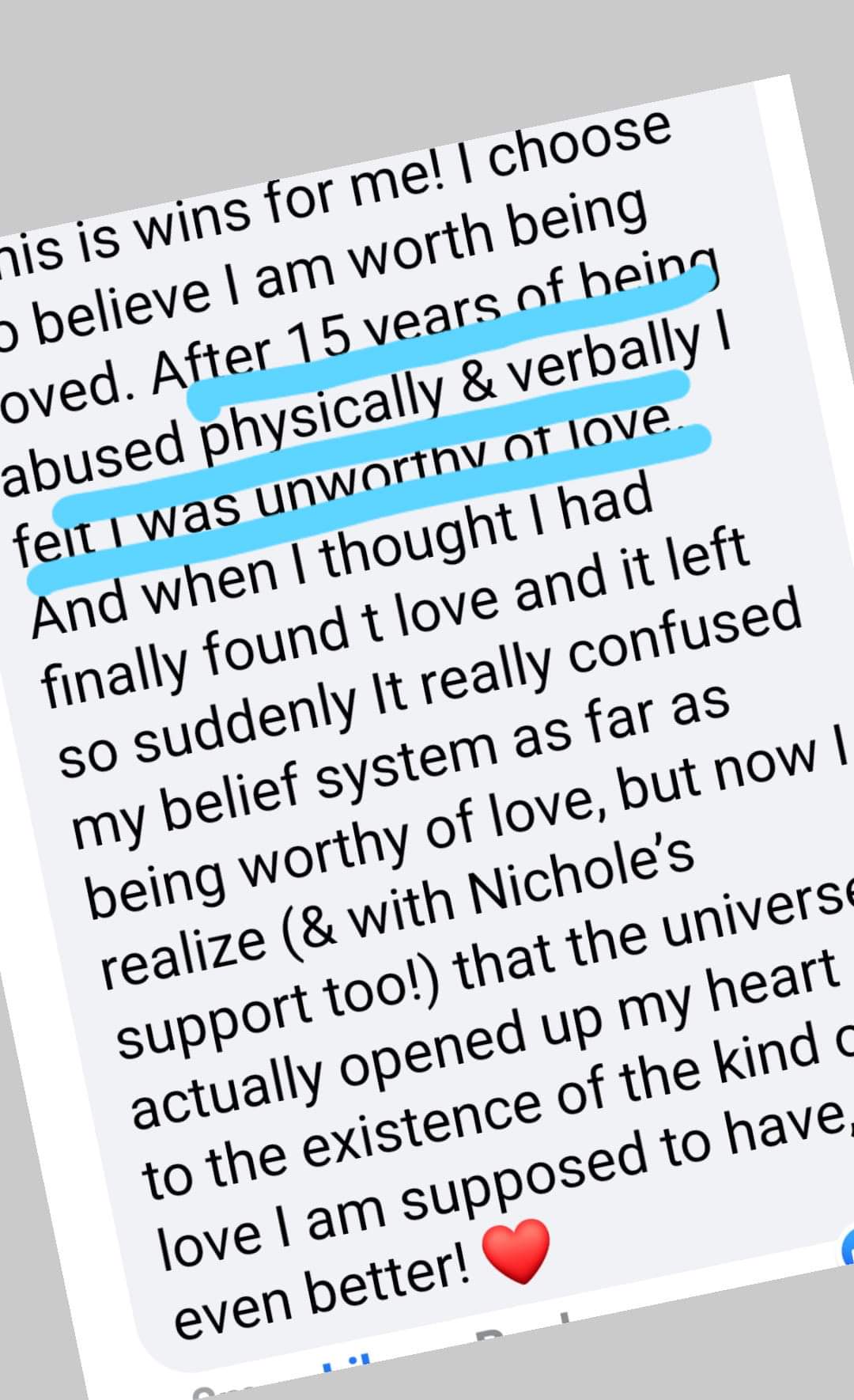 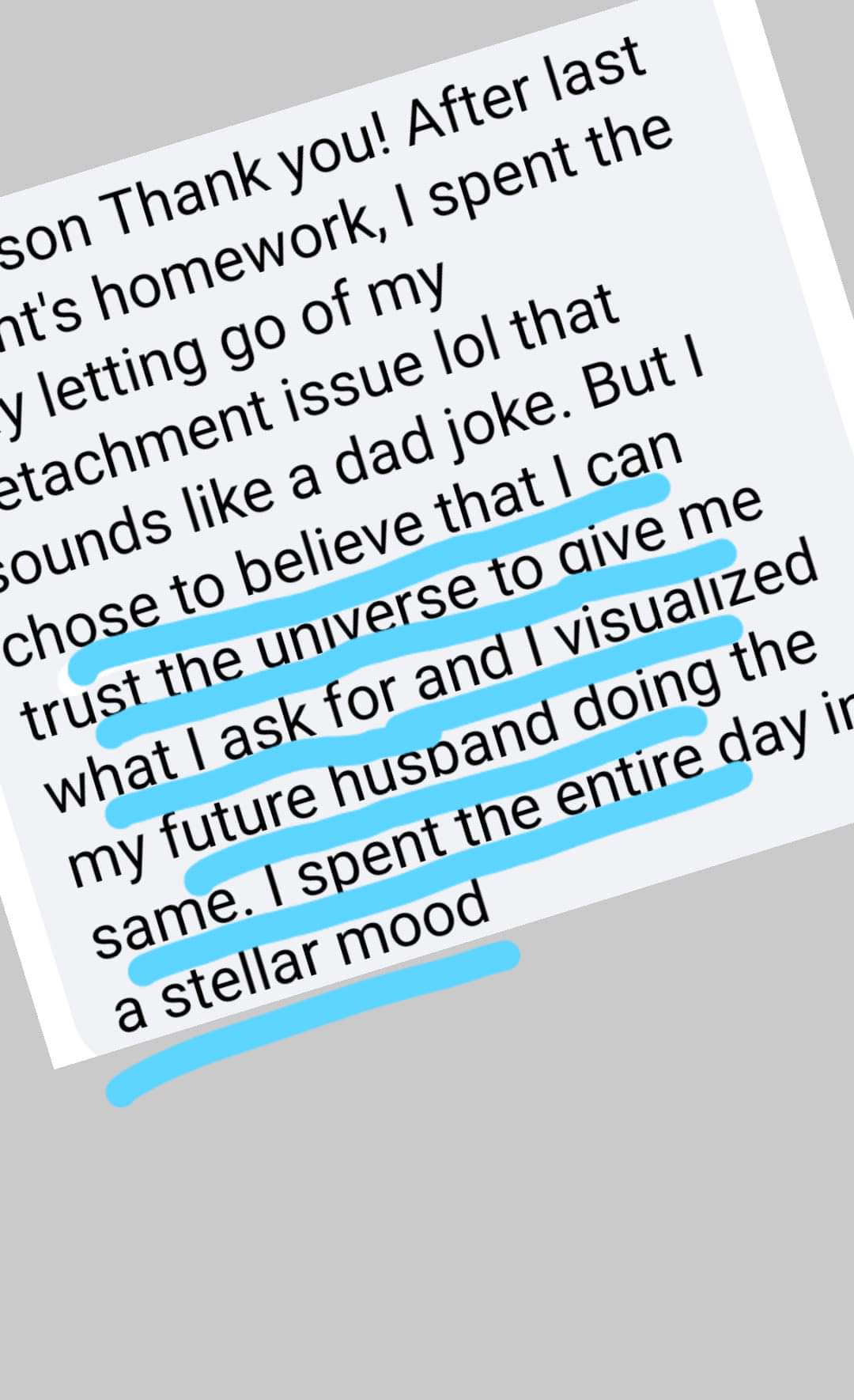 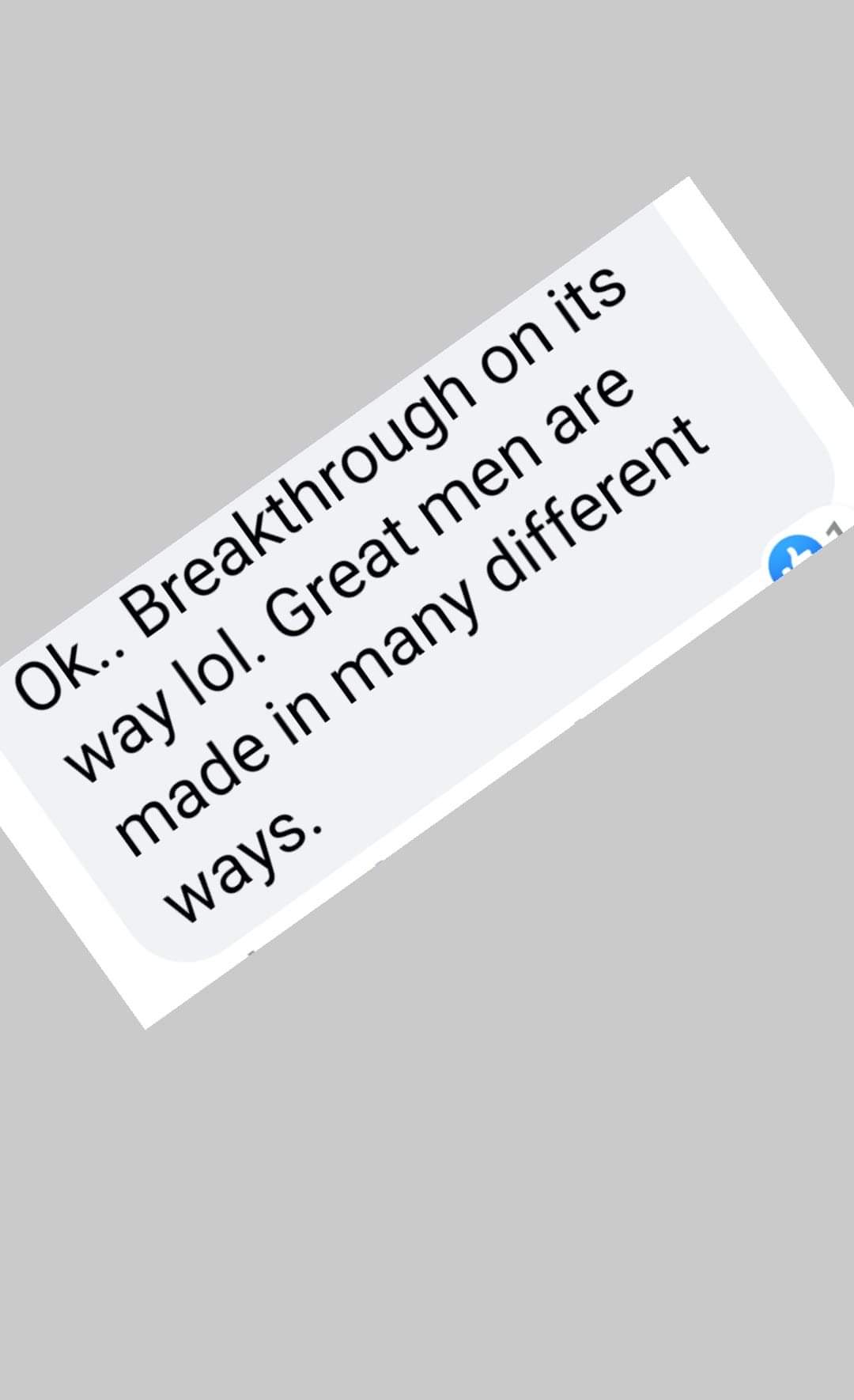 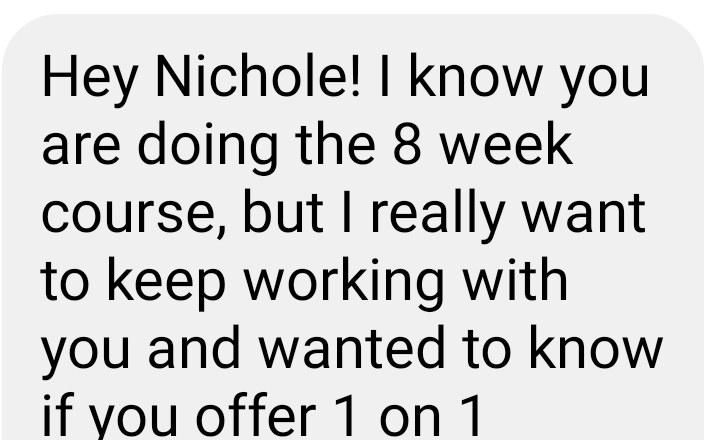 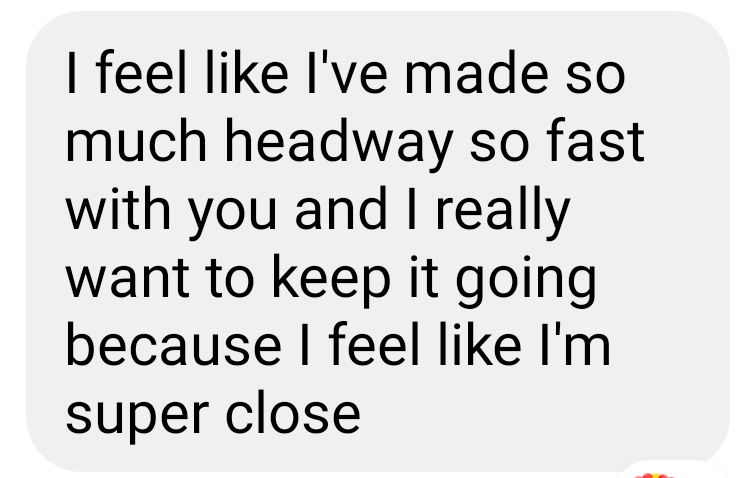 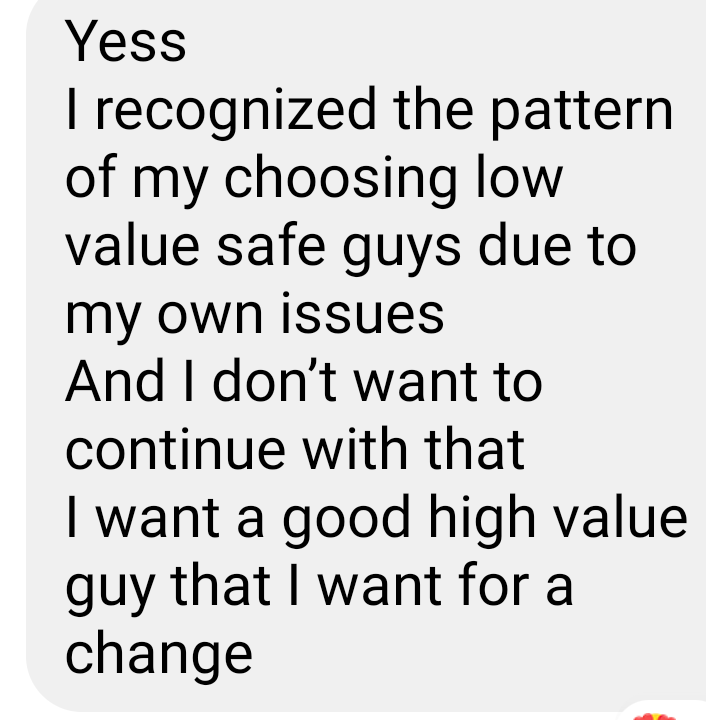 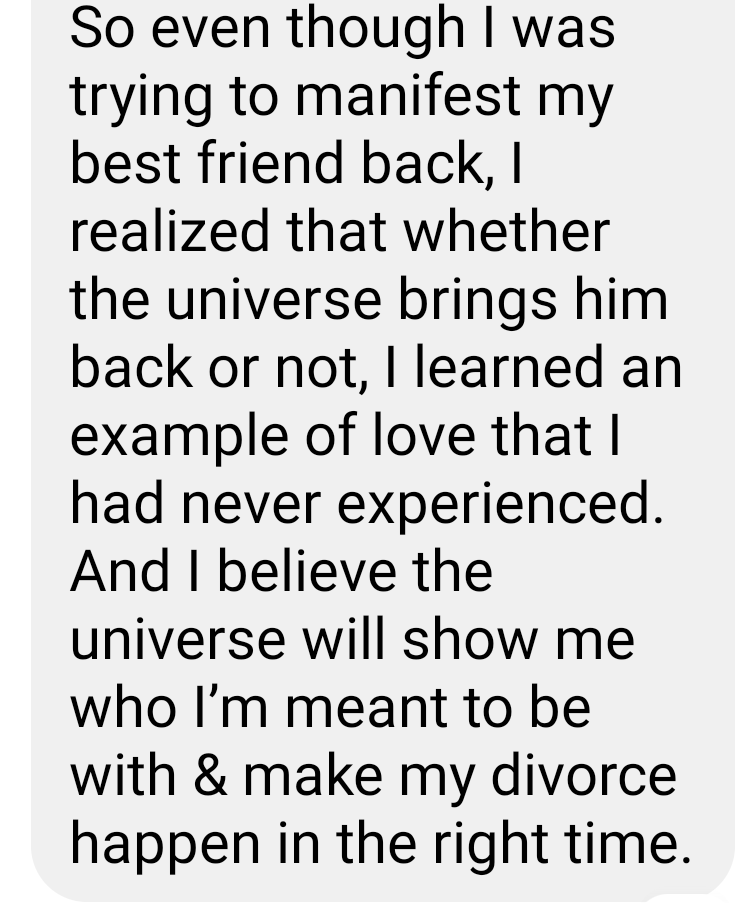 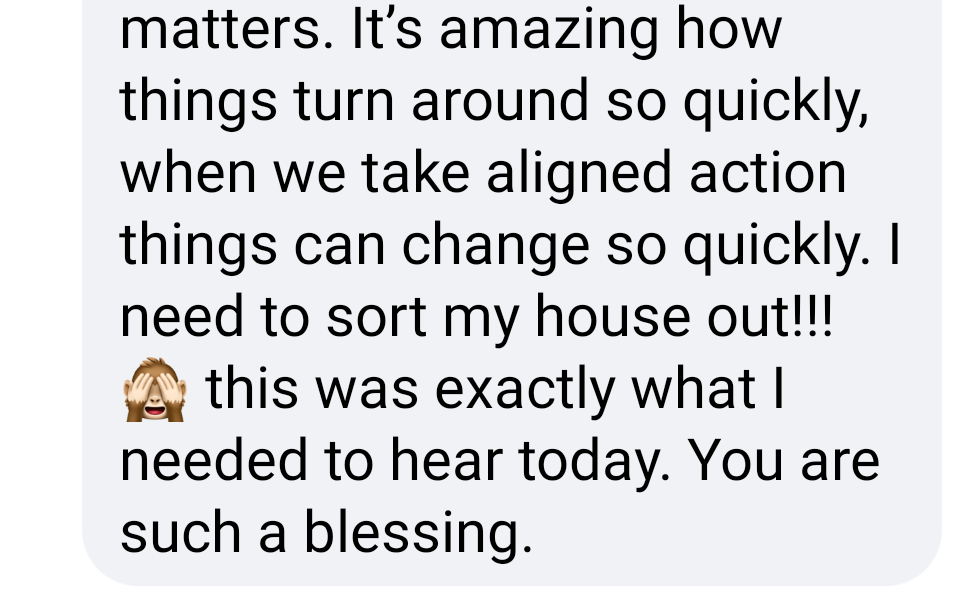 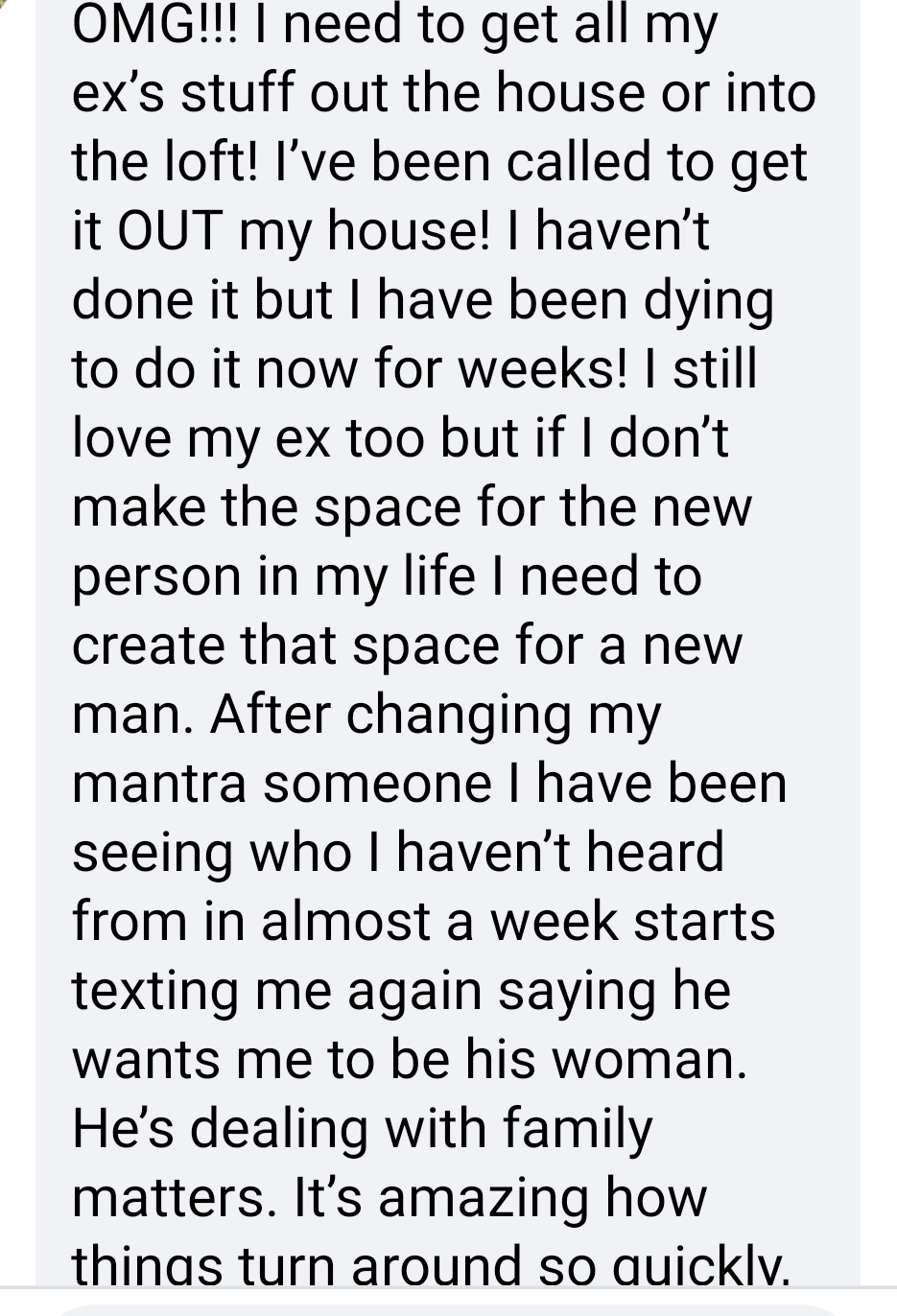 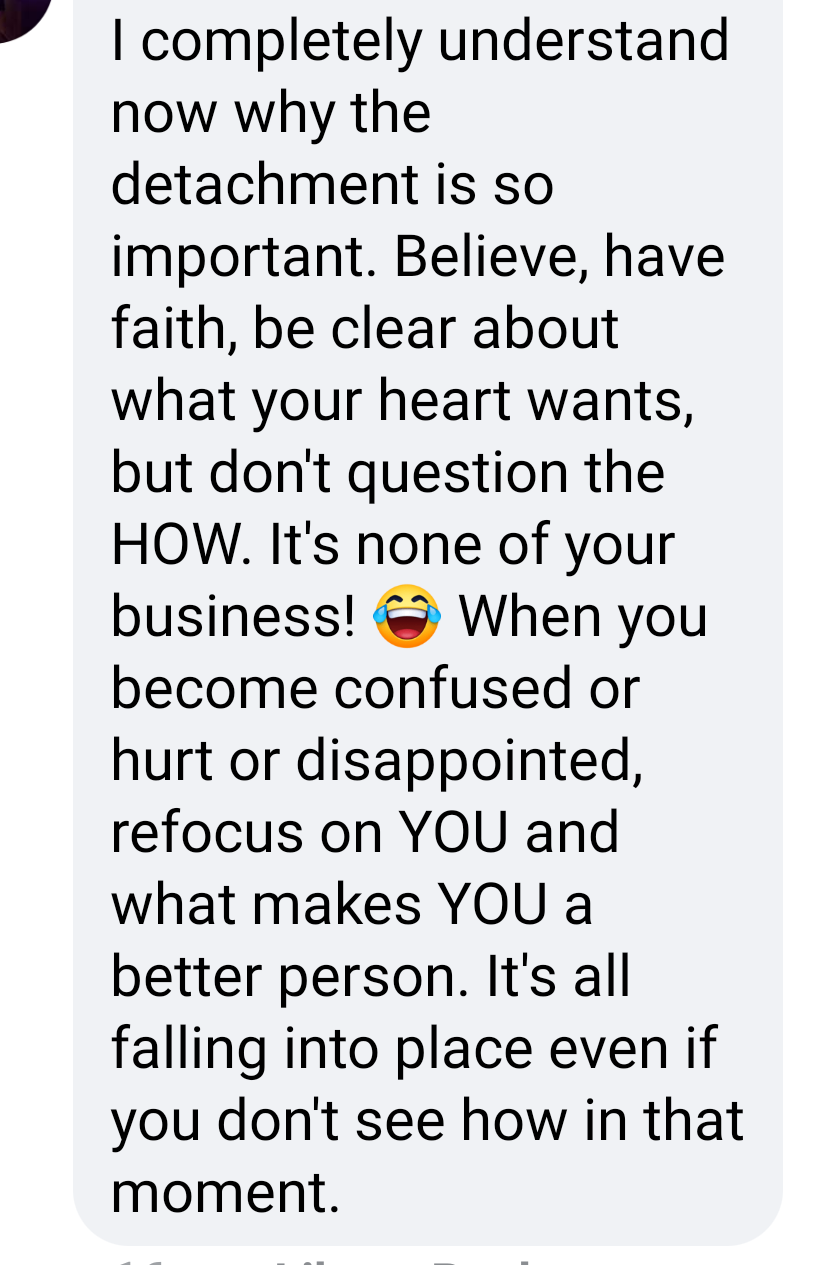 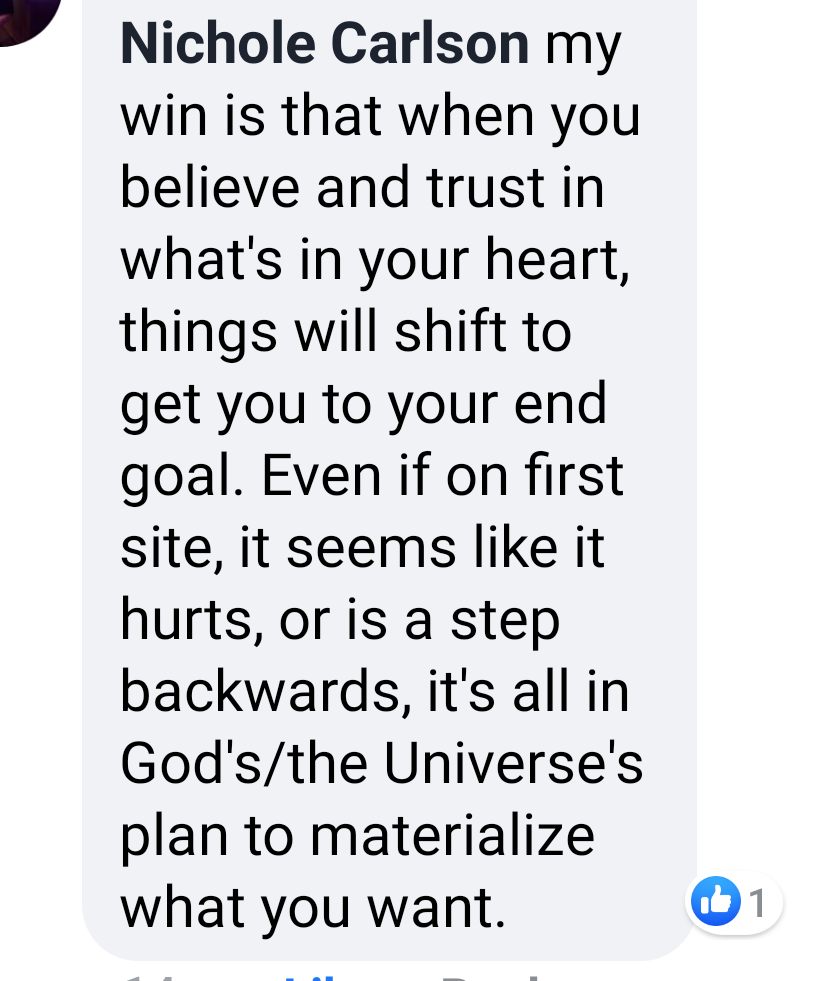 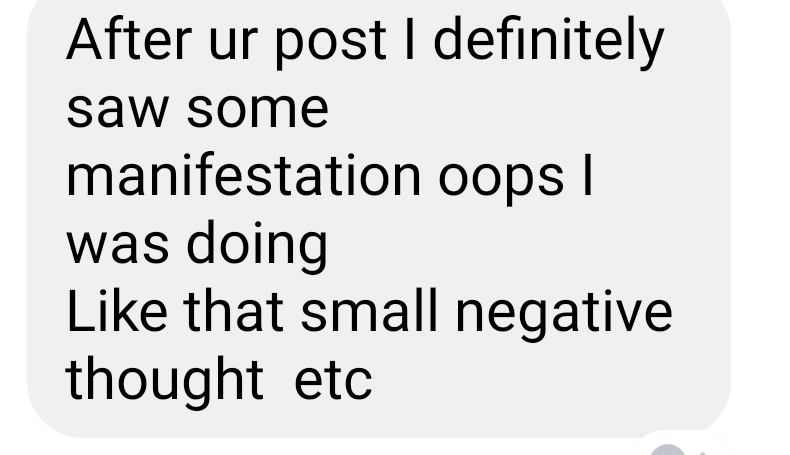 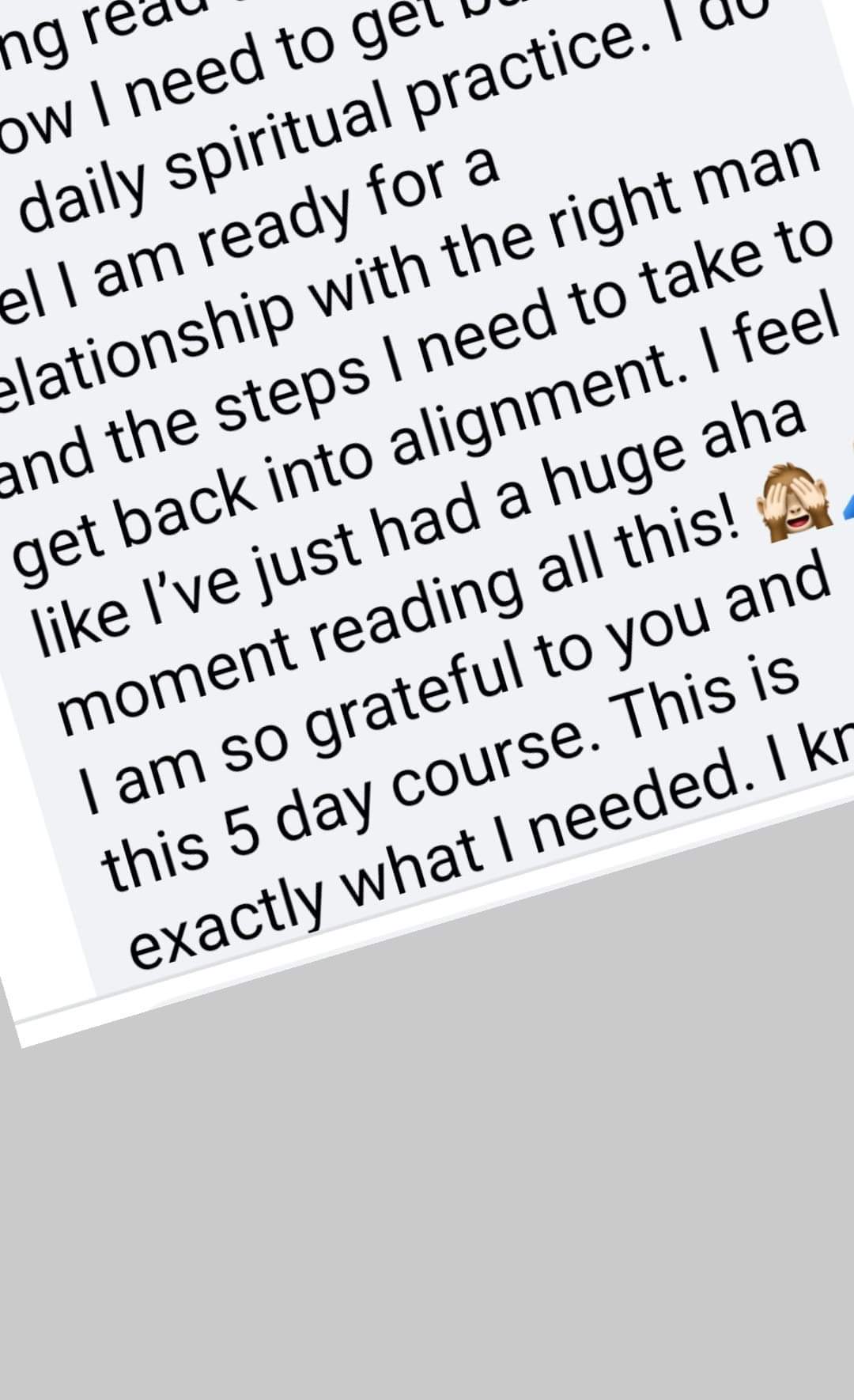 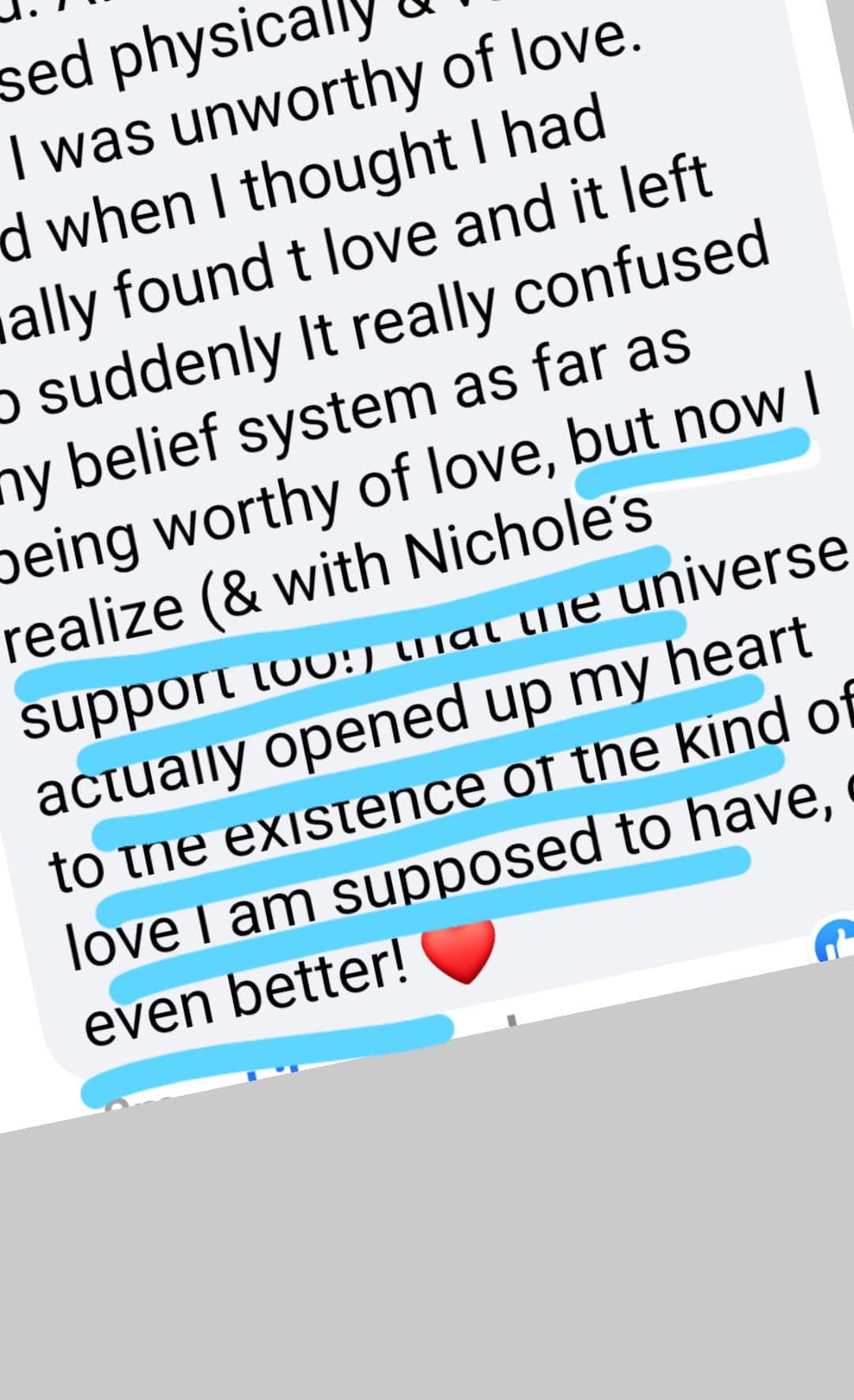 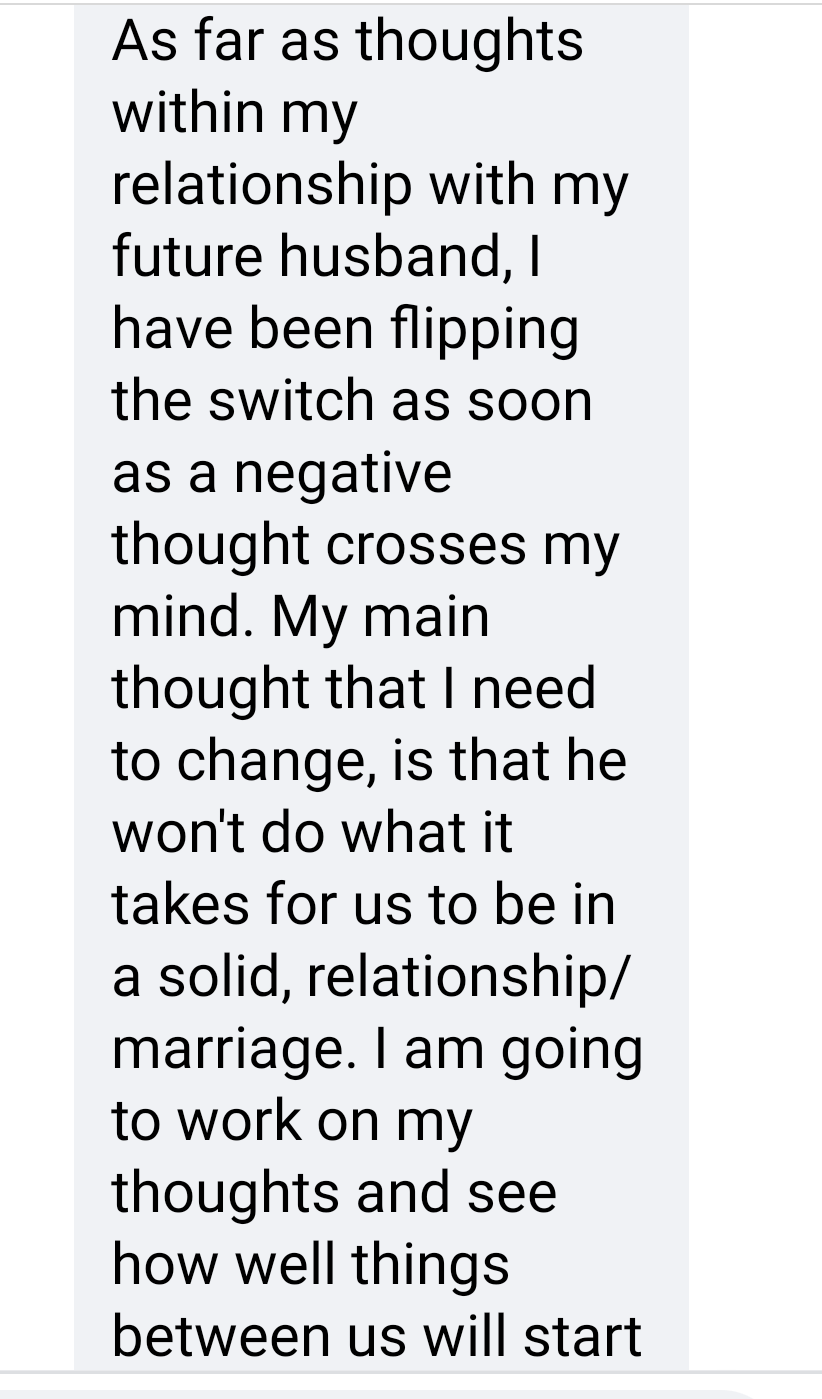 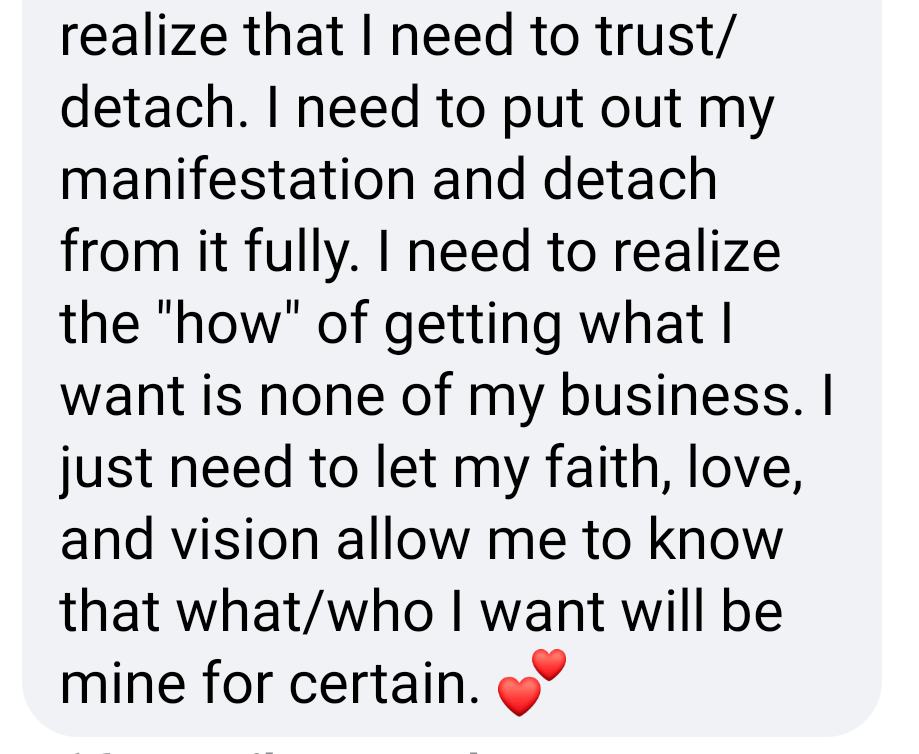 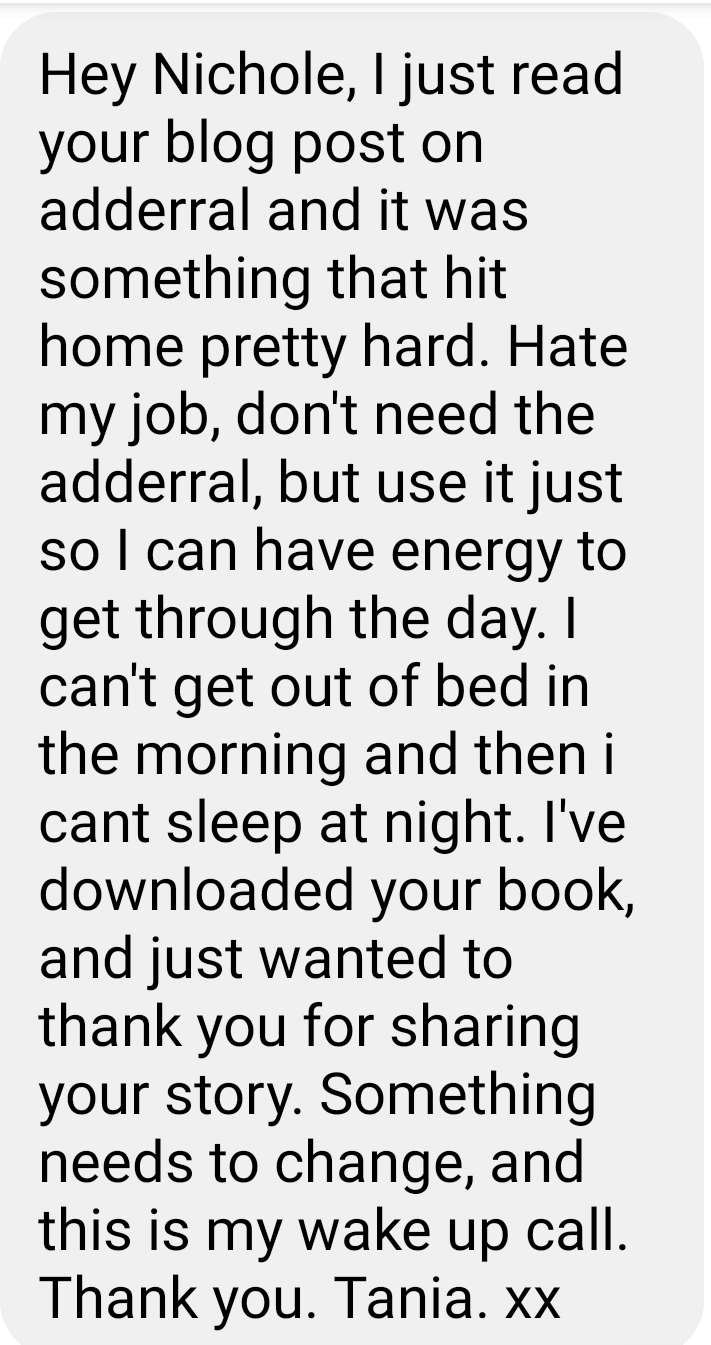 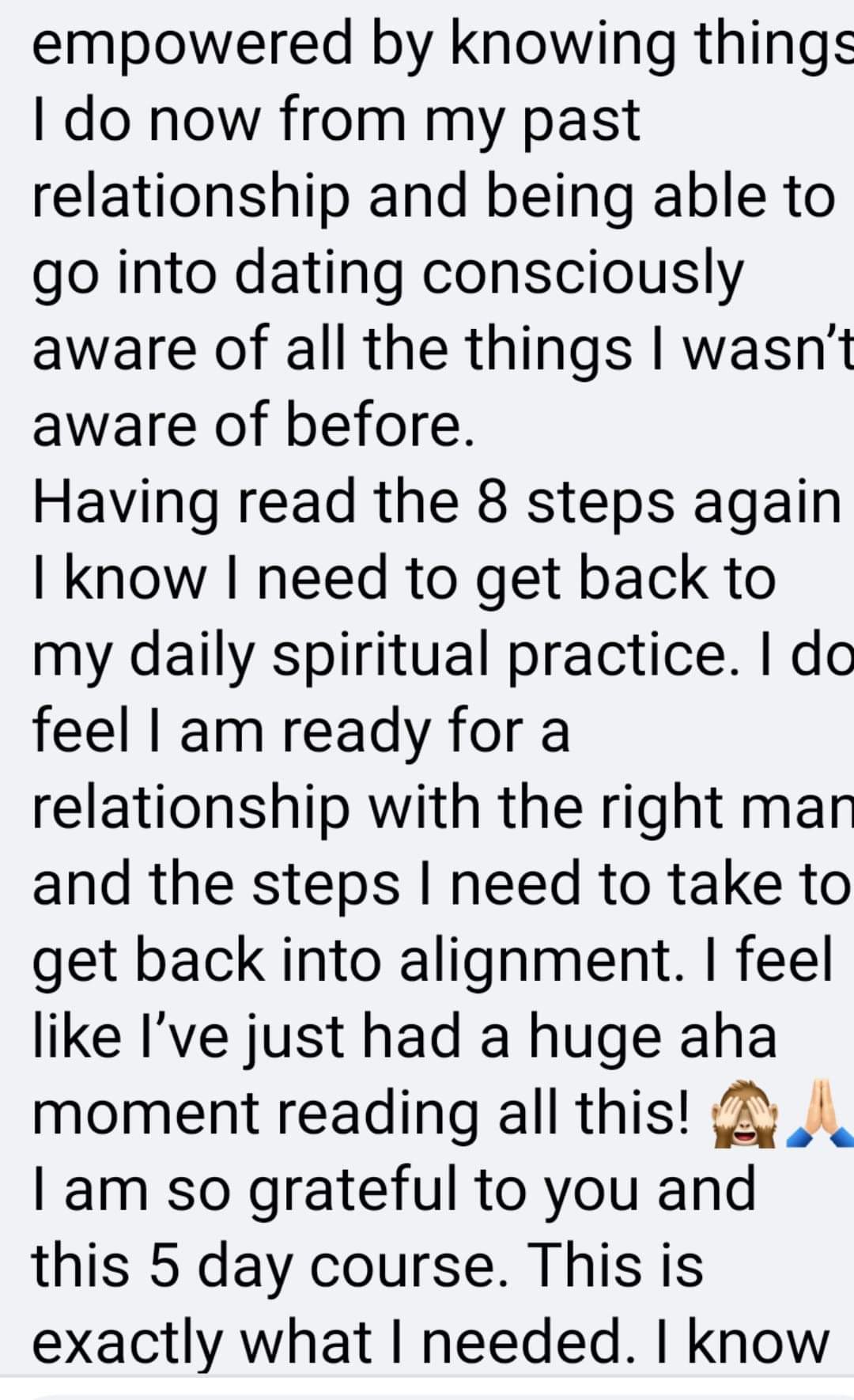 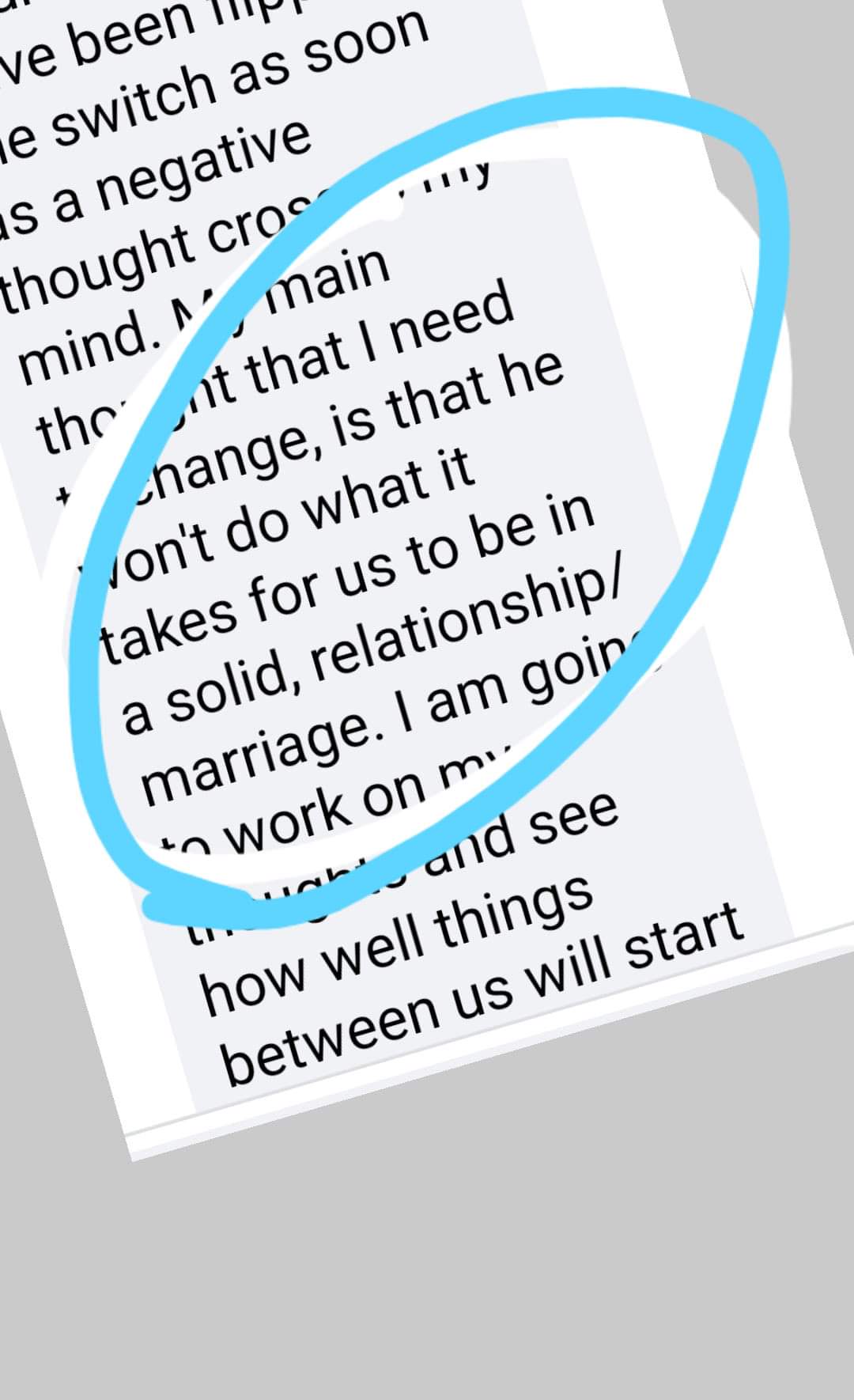 What my clients say about working with me

Fabi Paolini...From $20k months and burnt out to on track for 7-figures and working less than ever

$20K months may seem like a dream, but underneath she was falling apart. When we met, she was breaking. She was totally overwhelmed and overworked and burnt out. The worst part was she felt like a bad mom, bad wife, and bad entrepreneur. With all of her success, she still felt empty because she was missing so much of her life.

Less than two months after we first spoke she hit $20K cash on the 1st day of the month and by the end of the month she was over $42k for the month. Four months later she was on track to make a million dollars over the next 12 months. But the REAL transformation was in her life.

She was actually relaxed, happy and enjoying her work. She stopped running the numbers in her head all day.

When she turned off her computer at 7 she stopped thinking about work and was present with her husband and her little girl. And she started trusting herself and allowing the money and clients to flow in.

What did I do for her that made the difference and took the stress away? I helped her flip a switch that each of us needs to throw, a switch that's inside of us.

And it might not be $20k months for you, but there's still something that's keeping you from the next level.

Rhys Brown... From searching for a sense of purpose and meaning to a deep sense of self-love and excitement for life

Everything you have given me so far has been perfect and amazing. When we first spoken the first time I don’t why i feel this way, you’ve done it pretty quickly when you talk about the inspiration and building the life you want to live.

Courtney Harris... At a career crossroads and started her business

I was at a career crossroads and in the middle of a big time of transition. I realized I can create the business I have envisioned, and I have lots of tools to do so.

If someone is struggling, spending time just thinking/reflecting on struggles/needs/solutions is helpful (as opposed to avoiding or denying); talking or writing ideas out is empowering and makes it more real. I would recommend this to get inspired and motivated!

Sara Madsen...From corporate to finding her passion and starting a business she loves

No one does the work that she does on this level. And I’m learning to be like her and I’m so grateful. I’ve changed MASSIVELY in the last 8 weeks. I can’t wait for more. Thank you Nichole Carlson for being born. #thatsmycoach!

Barbara Castro... From struggling with money mindset to taking action in her business

I wasn’t able to dream because I didn’t feel like I had the funds to dream. That in turn, didn’t let me take action to follow through on what I wanted. After working with Nichole I let myself open to the idea of dreaming which led to taking action. I liked that I walked away with real action items to help me through the process.

For me, talking things out with someone who has been in my shoes helped me see better, get out of my own way just enough to take action and see results.

Robert Hammon... From depressed with suicidal thoughts to empowered and starting a business he loves

Well I can say this, my relationship with myself has improved this week. My life has more meaning. I’m starting to understand that I deserve a good life Yes, I’m done settling. This is just bullshit. I got that today big time.

Nickolas Singh... From fear and indecision to moving to NY and assisting Gary Vaynerchuk

Nichole is incredible at what she does. She helped me discover that my problems aren’t actually problems, they are really just challenges, challenges that are meant for me to grow so that I have more to give with.

What is interesting about Nichole is her unique approach to the way things work and understanding for whats really going on with people oppose to what most of us are conditioned to believe and understand about life. She has been an incredible guiding hand in my growth in life! 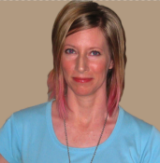 Deanna Carrillo...From lack of focus to a clear business blueprint

When we started, I lacked focus and was underestimating the impact of my moods on my productivity. But then I had a clearer idea of what to start with, and a better plan for moving forward.

I really appreciated that you took the time to understand my particular situation. The individual approach made all the difference.

I would recommend this, because I came away with specific strategies to try that were tailored to my business. I’m not a typical entrepreneur and my business isn’t typical either. 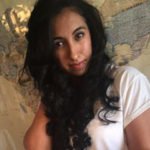 Anais Garcia... From fear to starting her coaching business

I was my own obstacle. I didn’t believe that I could do what I really wanted to and I was stuck in confusion. Your coaching allowed me to be okay with my passion. For so long I had been denying it, and I no longer do that. I now embrace it. I took a leap for the first time.

A benefit to having a coach is having someone with you who can see the big picture, and being able to talk to someone who has already built a coaching business and be able to ask questions surrounding the “HOW TO” do this for oneself. 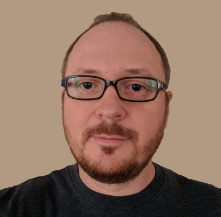 Maranatha Poirier...From lacking a business strategy to having a clear vision

Hands down the best coaching I’ve ever had. She started out by asking a series of questions and guiding me through a process to identify and define a passion, that I can build on.

Nichole clearly understands what it takes to be an entrepreneur in the internet age and how to go about making that happen. She helps guide you through an actionable plan for outlining the idea, as well as being able to hire out talent to build this idea, and work from anywhere very clearly. 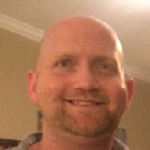 Jon Freeman... Burnt out and loss of purpose to focused and driven

I was feeling drained of purpose in my business. I hit a real barrier that made me wonder if I should continue with my startup plans and you quickly and kindly dug in to find the root cause of my lost motivation and got me going again. 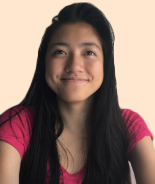 Aceadia Huang... From fear of judgement to empowered

I wasn’t living true to myself and I was behaving in negative ways in order to get love and approval. I trusted your advice because you’ve already been through numerous experiences in your life so you were able to give me an insight I never saw in myself. I knew all of the ‘right’ answers to fix the things in my life, but could never understand how to apply them. 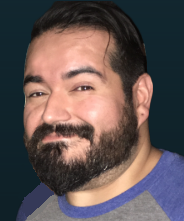 Nichole has been instrumental in making some key life decisions that are helping me reach my goals. She dug deep into my thought process and routine, broke it down, and relates very well personally. I’ve made some small, yet extreme changes that have become a part of my success, and I can attribute that to Nichole and her approach.